This project relied almost entirely on motion capture, being a realistic looking game. Everything walking on two legs needed to be shot and adjusted to fit the game models. 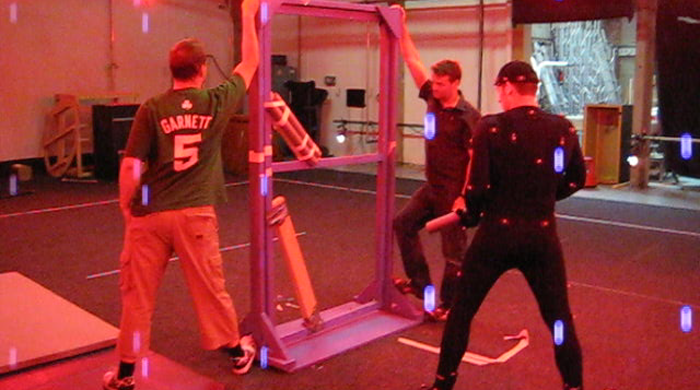 It is an interesting experience to direct motion capture actors. You build up the scenery using basic props and boxes, you tackle them with crash bags in order to get believable impact movements. 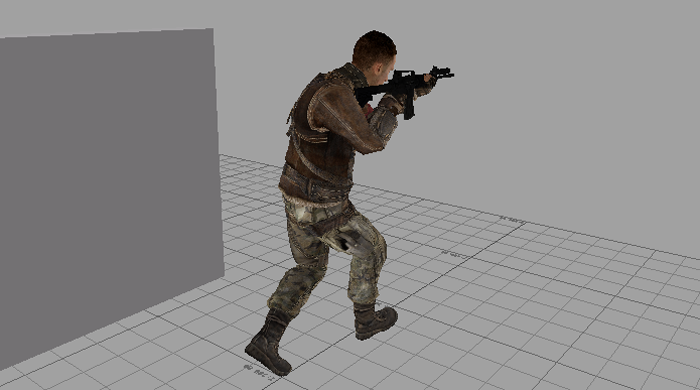 All takes from the motion capture session is categorized and cleaned up before we receive them at the studio. All movements need tweaking and adjustments to fit the game characters. They mostly need to start from the same pose in order to blend well together in the game later on. 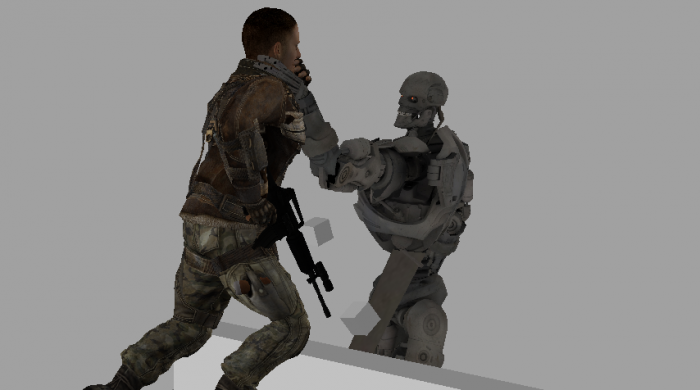 The situations where two characters need to interact gets extra tricky. In this particular shot we first recorded the “Terminator” grabbing nothing but air, faking that he would snap the neck of poor John Connor. In a separate shot we used a harness to pull our actor into the air giving him the freedom to kick his legs around while struggling to get loose. We than mergeed the takes and adjusted them to look like they had be recorded simultaneously.

The final product was developed for PC, Xbox360 and PS3. More information about the game can be found at this external site http://www.terminatorsalvationthegame.com/